These Butter Cream Cinnamon Rolls are a decadent cinnamon roll topped with a light and fluffy Butter Cream frosting. The perfect make ahead recipe for the holidays or a long weekend.

If you put the Butter Cream on top of the cinnamon rolls while they’re still hot, it’ll melt down a little bit making the most delicious bite you’ve ever tasted!

Growing up my mom used to make these delicious Maple Caramel Cinnamon Rolls for Thanksgiving and Christmas. They were a labor of love and we all looked forward to them every holiday.

I’ve since carried on that same tradition with my own family. We’ll have them for Thanksgiving morning as well as Christmas morning. They get served up with a side of bacon, orange juice and a half of a grapefruit.

This is a lengthy recipe that will take you several hours to prepare. It makes a large 3 dozen cinnamon rolls (give or take). I highly recommend taking the time to read through the directions before jumping in.

Because these cinnamon rolls take a little time, I prefer to make them a few days ahead and then freeze. I’ll share tips below on freezing and reheating.

I’ve also included a few more pictures than normal to hopefully give you a good visual. If you are baking with yeast for the first time, do not be intimidated! I’ve included pictures of what your risen yeast should look like for this recipe.

The Pecan Caramel Topping recipe includes enough caramel for ONE dozen cinnamon rolls. If you want to cover all of your dough with the Pecan Caramel topping, you’ll want to triple that portion of the recipe.

I prefer to make one dozen Pecan Caramel Cinnamon Rolls, then turn the other two dozen into a Butter Cream Cinnamon Roll.

First you’ll make your dough. If you’ve never baked with yeast before, don’t be intimidated.

I encourage you to read through the directions all the way through before baking your cinnamon rolls.

The key to fluffy and risen cinnamon rolls is making sure your yeast is activated. You’ll use a mixture of warm water and warm milk. Make sure your liquids aren’t too hot (boiling) and not too cold.

A happy medium warm will activate your yeast and start it growing. I also like to sprinkle a teaspoon of sugar in with my yeast. The yeast will feed on the sugar and grow nicely.

Below is what it looks like once I have stirred my yeast and sugar into the liquids. You can see that it’s starting to bubble on the right.

Set it aside for five minutes to make sure that your yeast is activated. This step is the most important part of the recipe.

If your yeast is not activated, your cinnamon rolls will not rise.

After five to ten minutes your yeast mixture will have a filmy layer on top. The longer you let it set, the higher it will grow.

I let my yeast mixture sit for ten minutes and this is what it looked like below.

Once your yeast is completely activated, it’s time to make your dough mixture!
You’ll add in your butter, salt, eggs and flour.

Slowly mix the flour in cup by cup until you have a beautiful sticky dough. You can see the consistency of my finished dough below.

It will have a little stretch and stickiness to it.

Cover your dough with a clean dish towel and set aside. You’ll want your dough to double in size with this first rise.

I typically let it set on the top of a warm stove for an hour. You’ll get a beautiful rise if you make sure it sits somewhere warm and not drafty.

While your dough rises, it’s time to make your Butter Cream frosting. You’ll mix together your flour and milk in a sauce pan over low heat until it creates a sticky ball.

Set this sticky ball of dough aside and let it cool down completely. This will be the base of your frosting.

You’ll add the cooled flour and milk mixture to a mixing bowl. Add in your softened butter, sugar and a splash of vanilla.

Beat on high until your frosting is light and fluffy. You can see what it looks like below.

You can add it to your cinnamon rolls once they have cooled down a little!

Once your dough has doubled in size, it’s time to assemble your cinnamon rolls.

Set out your cinnamon, brown sugar, white sugar and softened butter. I prefer using a salted butter to balance out the sweetness of the sugars.

There are measurements for each ingredient in the directions. But I’ll be honest, I never measure my fillings.

I like to make sure that the dough is covered in softened butter and then will sprinkle hefty amounts of the brown sugar, white sugar and cinnamon across the whole thing.

In my opinion, you can never have too much sugar, butter and cinnamon in a cinnamon roll!

Roll a third of your dough into a rectangle. Spread on your softened butter and then cover with brown sugar, white sugar and cinnamon.

Roll up the dough nice and tight, slice them up and place them into your greased pans.

After your rolls have been placed into the pan, put a clean rag over the top of them for a second rise.

I typically let them rise up one more time for around 30 minutes. You’ll get big and fluffy cinnamon rolls if you do this extra step of letting them rise.

Once they have baked for 25-30 minutes, you’ll take them out of the oven.

Let them cool for 10-15 minutes before you frost them. The Butter Cream icing will melt down a little bit and make the perfect gooey cinnamon roll!

We will have these Cinnamon Rolls for Thanksgiving morning and also a batch for Christmas morning. Since these are a more labor intensive recipe, I’ll make them ahead and freeze.

To freeze, simply bake in a disposable aluminum baking tin.

Once they have cooled a little, I’ll wrap them (unfrosted) thoroughly in plastic wrap (lots and lots of layers to keep them fresh) and pop them into the freezer.

When it’s time to eat them, I’ll pull them out of the freezer an hour and a half ahead of time. Thirty minutes before breakfast I’ll pop them back into a 350 degree oven with tin foil on top. They’ll warm up after ten minutes or so (just keep checking to make sure).

You can also thaw them the night before in the refrigerator and warm them up the next morning when you’re ready.

I prefer to make the frosting the same day.

You can find my Maple Pecan Cinnamon Roll recipe here. 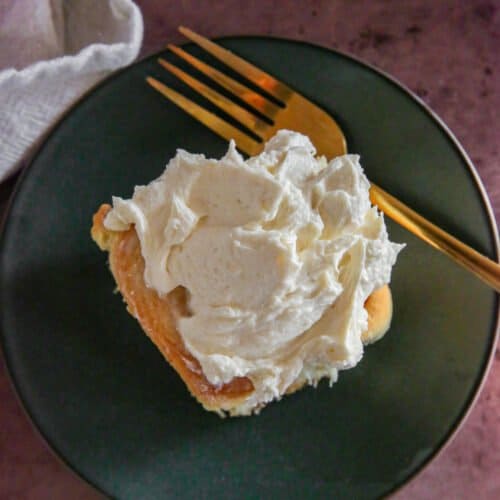 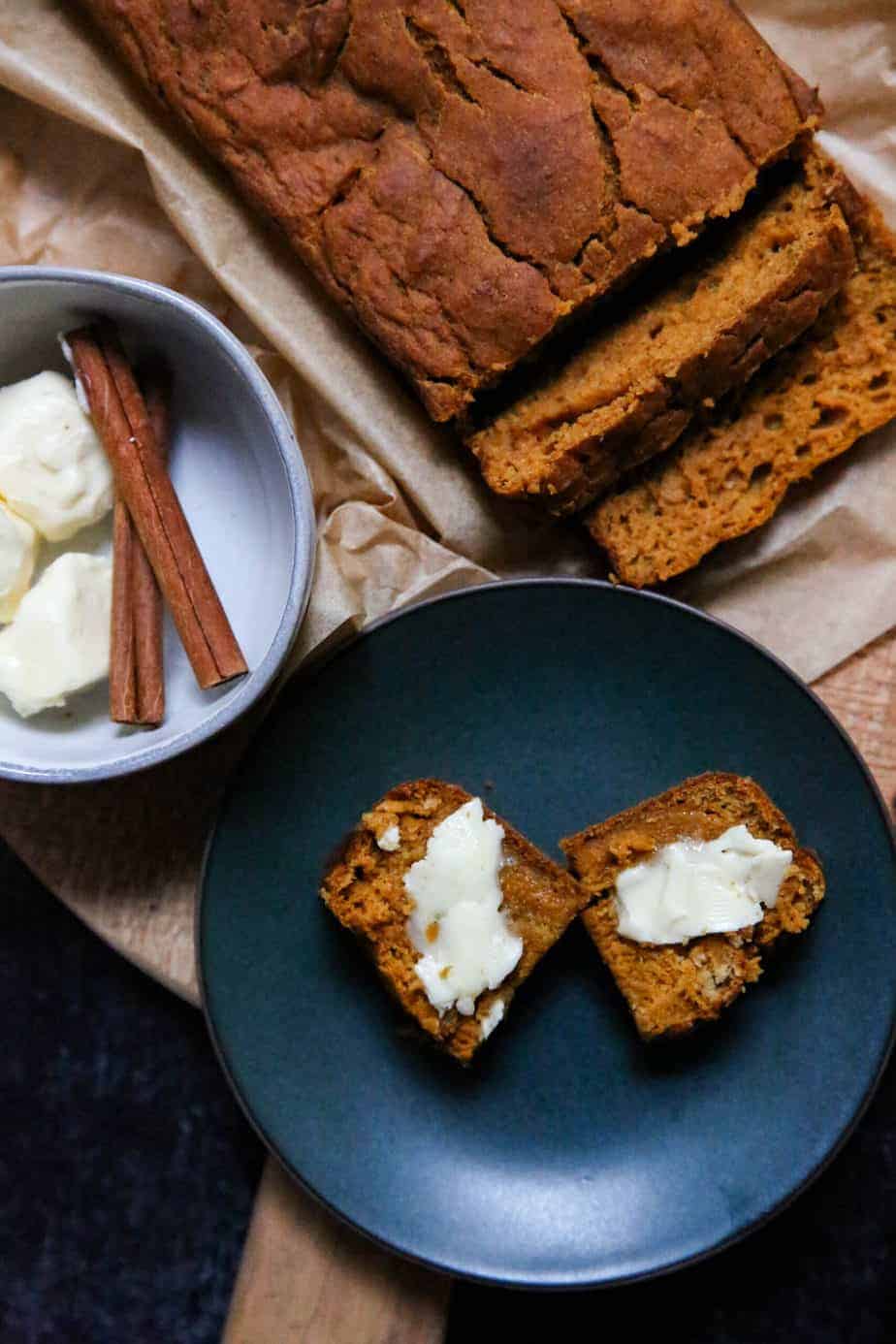 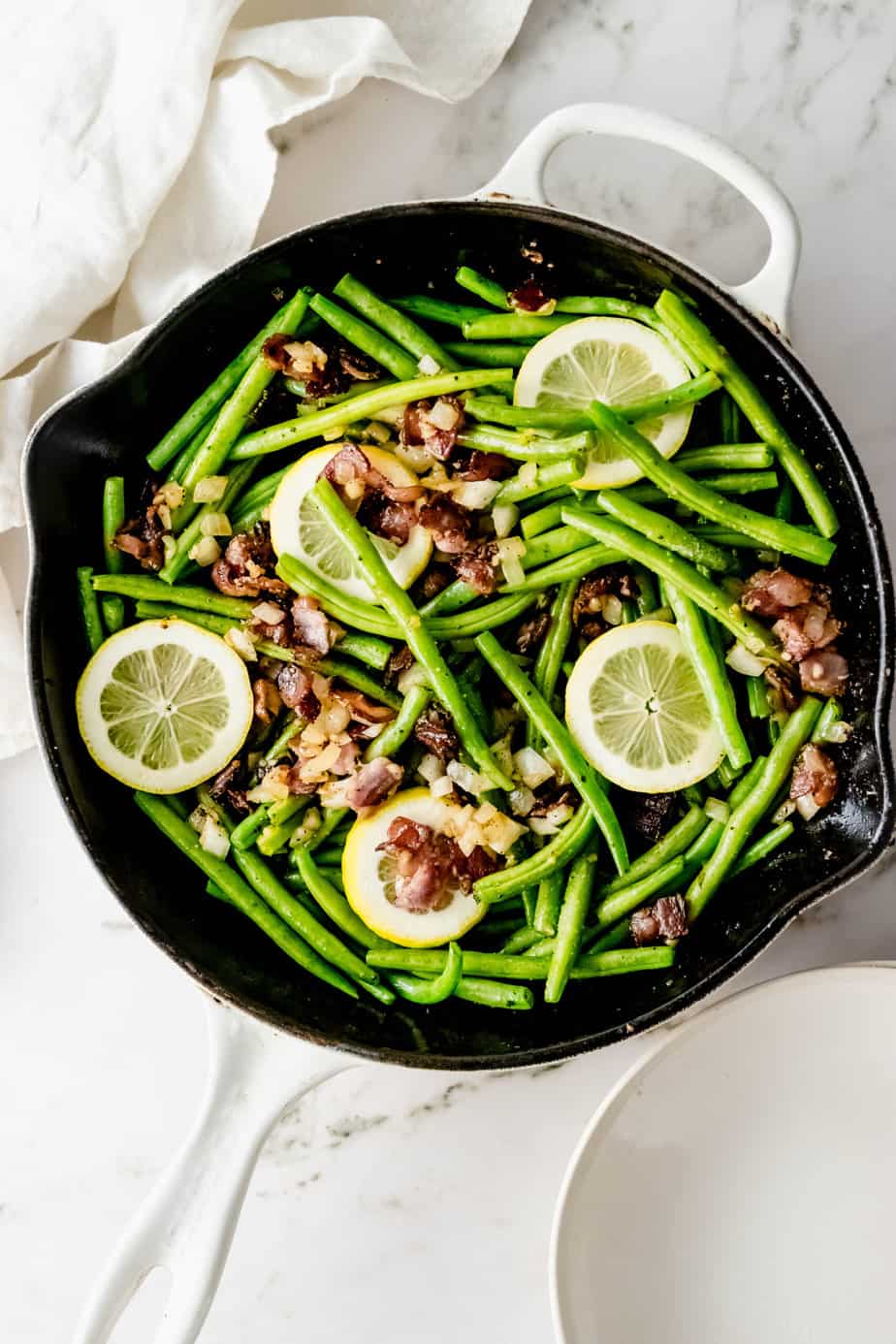 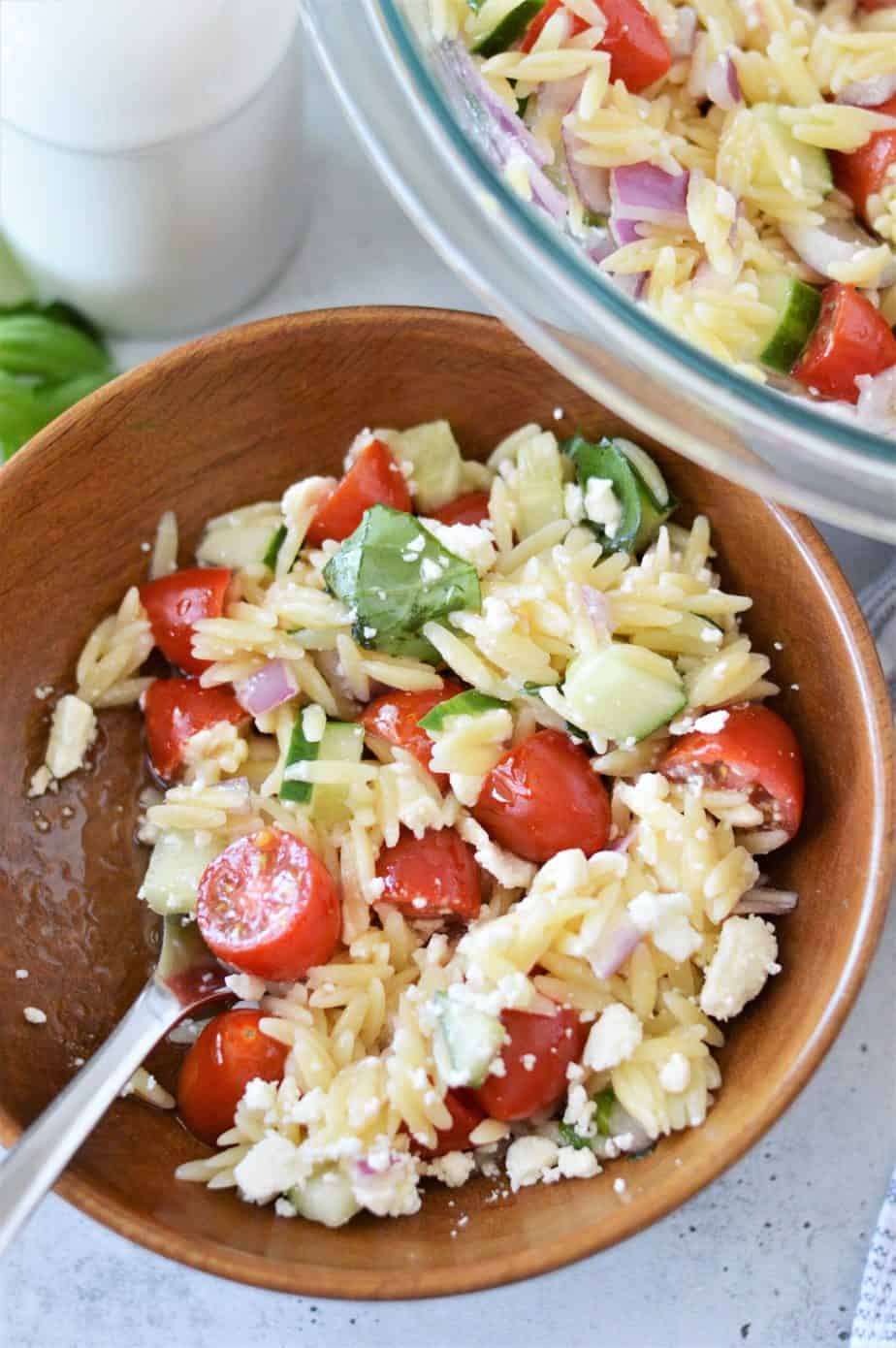 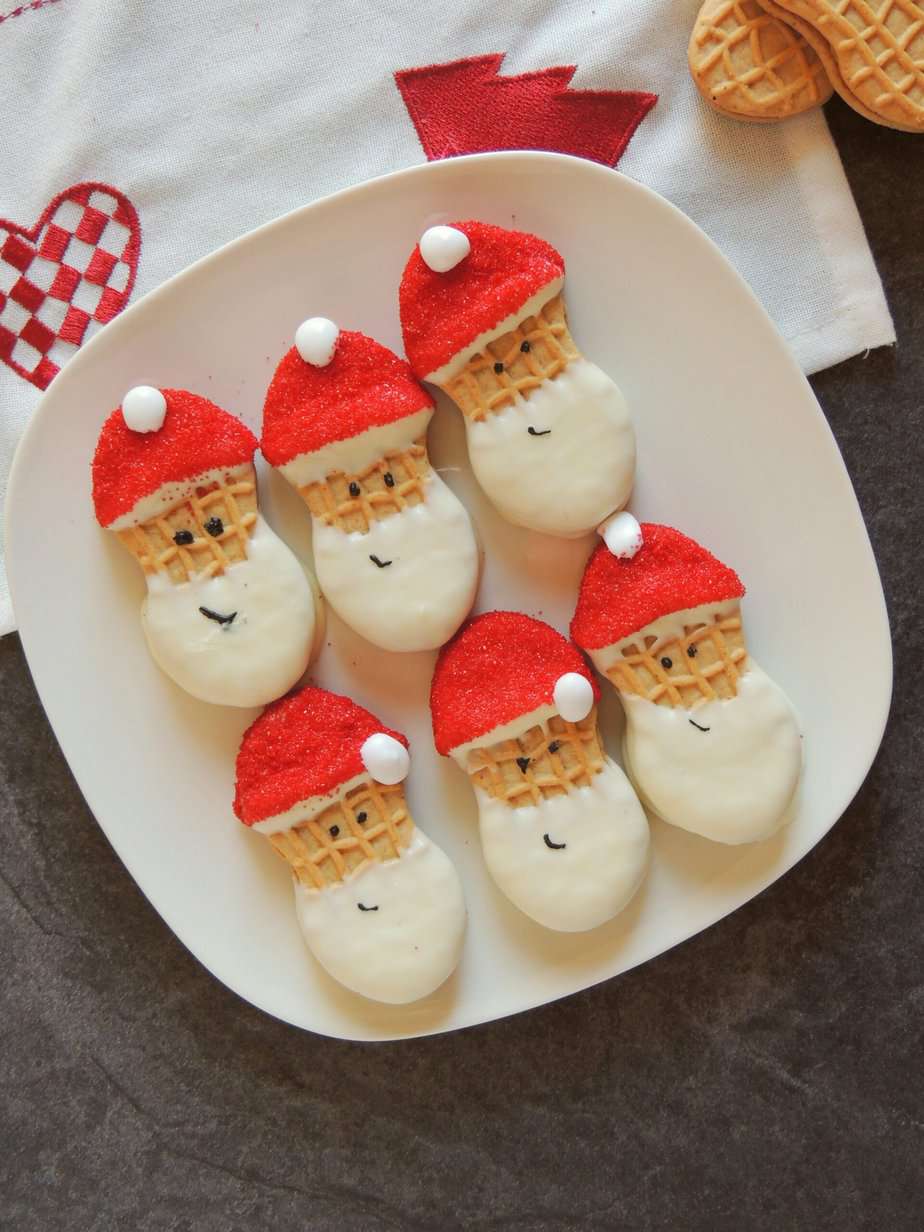 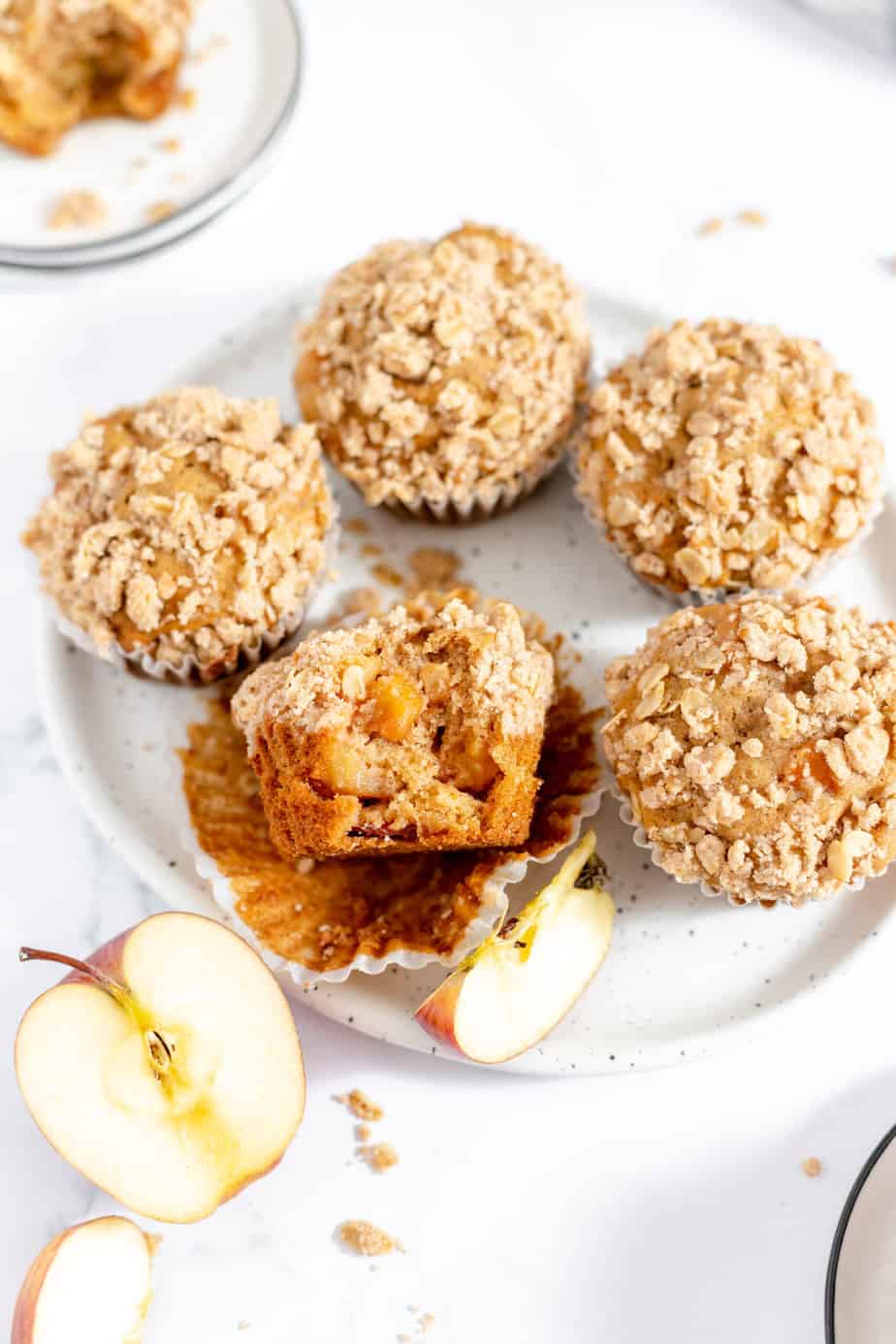 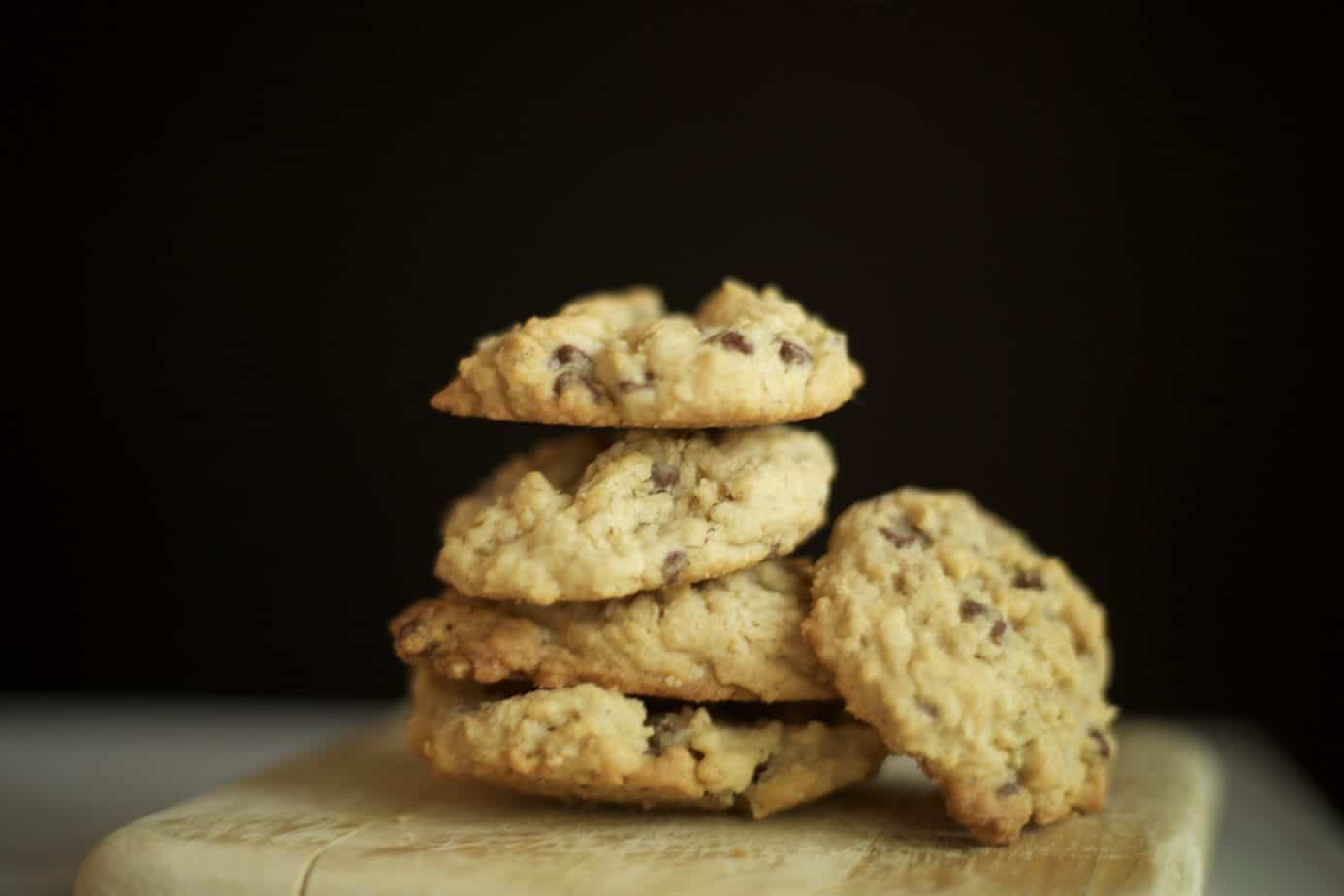